Whilst we at Jetlag & Mayhem love a luxury, family friendly hotel, if you’re splashing the cash, it has to be the best. Over the summer, Hena visited The Ickworth Hotel, in Suffolk, UK.  Now this place is not cheap and at nearly £500 a night, did it match up to her expectations? 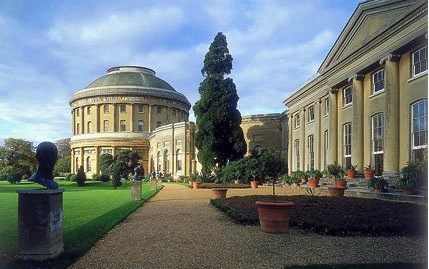 Why did we book this hotel?

We were looking for a kid friendly yet luxurious hotel not too far from London for a quick weekend getaway. The only other hotel we had been to in the UK with our girls was Calcot Manor and we were looking for something similar in terms of luxury, child friendliness, food, decor and distance from Hertfordshire (Radlett to be precise!)

I had narrowed my options down to the Four Seasons (but I felt this was probably better for slightly older children), Babbington House (but it had no availability), Stoke Palace (no availability), Lucknam Park (had no kids club or babysitting – just nannies) and The Elms.

The Elms seemed to tick all the boxes but it was a little bit further away than we wanted to go. It was also a lot cheaper than the options. I then realised it was part of the Luxury Family Hotels group and there were quite a few other hotels in the group we could pick. I picked The Ickworth as it was closer to London and had received quite a few recommendations on Babies Babies Babies (Facebook page).

How did we book?

I wanted to book it from Mr and Mrs Smith as the price was the same but a free teddy bears afternoon tea would have been thrown in but their website wouldn’t give me the option to add the children and I couldn’t be bothered to call them so just booked directly with The Ickworth. The only rooms available were a Family Double or rooms in The Lodge. The Lodge is a separate house in the grounds of the Ickworth and has several apartments within it. I didn’t want to book the Lodge as it was a 10 minute walk from the main hotel where all the facilities were so the family room it was!  The price was £480 per night so I was expecting something quite lovely.

An hour before we left to go to the hotel, we received a phone call asking if we wanted a complimentary upgrade to a two bedroom apartment in the Lodge which after some consideration I decided to accept as it would mean the girls would not have to be in the same room as us so we could all at least get some sleep. (Later realised the reason for this upgrade was due to a mistake with the booking and there weren’t actually any family rooms available!)

The price included bed and breakfast for my husband and myself and a £30 allowance per person for dinner. Amaya’s meals were free as she was under 2 but we had to pay for Aria’s meals (this got a bit cumbersome when we were checking out as I had to go through every meal the girls had and tell them who had what!)
When did we go?

We went on the first weekend in July. The weather on Friday and Saturday was beautiful. It was very warm and sunny and we actually felt we were in a different country. On Sunday it was raining unfortunately but that’s British weather for you!

This also meant that hay fever was at its prime and my poor husband had to have a lie down every few hours!

Our first impression of the hotel was that it looked old and dated. It seemed to have everything in it but everything seemed a bit haphazard and like it was there just to tick a box.

There was a “spa” for example (as advertised on the website) but this turned out to be a few treatment rooms in the basement of the hotel. There was no dedicated spa with a pool and jacuzzi complex which I what I would have imagined (especially for a “luxury” hotel).

There was a kids club which turned out to be just a room (again in the basement).

The lodge where we were staying in was a 10 minute walk but this didn’t turn out to be that big an issue as we could drive between the lodge and main hotel. There were also bikes available with baby seats as well as toddler bikes with stabilisers making it easy to go between the two.

Our apartment was on the bottom floor with a door leading directly to the car park which made unloading the car (and kids!) very easy. The apartment was massive with a lounge and small kitchen area, 2 bedrooms and 2 bathrooms. This worked out quite well as we could put the baby cot in the living area meaning that each girl had their own room.

The decor was again old and dated and not quite the contemporary decor described on the website. Everything was clean but just looked as though it needed some refreshing.

There were 2 main restaurants – the conservatory (for family dining) and Frederiks (supposedly fine dining).

The conservatory was a lovely airy casual restaurant leading out to a garden and perfect for kids. There was a good kids menu with several vegetarian options compared to the normal 2! The adult menu was extensive too but had only a couple of vegetarian choices which I didn’t really like. The desert on the other hand was amazing and quite elaborate.

On sunny Saturday, a spur of the moment bbq was set up in the garden outside the conservatory which was a lovely touch for lunch. The garden led to the children’s playground and the hotel were more than happy to let the kids take toys (little tikes cars etc) from the playground to the garden so they could play whilst eating, much to their delight.

On Saturday evening, we fed the girls, took them back to the lodge to put them to bed and waited for our babysitter to take over whilst we had a “date night” at Frederiks. What a disappointment! The menu at Frederiks was exactly the same as the conservatory but just in a darker, intimate (and very hot!!) room… And the food was brought out slower … Much much slower… We spent 3 hours eating a dinner we could have had whilst the girls were eating and we wouldn’t have had to leave them with effectively a stranger.

The hotel is famous for being child friendly and it was – there were toy boxes in the hotel and children were able to borrow whichever toy they wanted, whenever they wanted. There were bowls of apples for them to help themselves to whenever they wanted, a library with books and toys, plastic cutlery and plates and cups in the restaurants, random events like story telling in the Italianate garden (Which we didn’t end up going to), wellies scattered everywhere for children to borrow and obviously the pool and crèche but it felt as though all these things were there to tick off items on a “what to have in a baby friendly hotel” checklist but it seemed just that… Nothing seemed to go beyond that..

For example, we left the girls in the crèche on Saturday morning – we had booked the 10am – 12pm slot but by the time we got there it was 11.30am so we only used it for half an hour. At 11.55 we got a call from the crèche saying that Amaya had not settled and was getting angry and that we should come and collect her. I understand that she can get quite feisty when she is angry but it was 11.55 and it would have taken us 5 minutes to get there to collect her (making it 12 noon, which is when we were supposed to collect her anyway) so calling us did not achieve anything apart from making us stressed and worried. I found this a bit unprofessional and unnecessary. Needless to say, we didn’t feel like leaving them there the next day.

Generally the staff were very friendly but they seemed a bit lost and not aware. Many times when we had a question, they’d have to come back to us with an answer.

Overall we had a good time and the kids had a really good time but I do not think that the hotel was worth what we paid for it and I couldn’t stop comparing it to Calcot Manor which just seemed more authentic and definitely more luxurious.

For a hotel that’s part of a group called “luxury family hotels”, I definitely wouldn’t have called this luxurious and to be honest I felt a bit cheated that it was classed as something it wasn’t. I would rather have gone to Centre Parcs as it really would have been more fun. 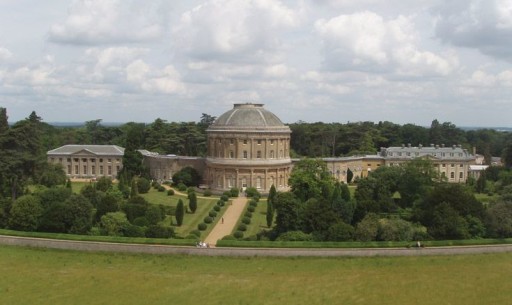