Having been a frequent visitor to Koh Samui over the years, it has still managed to retain much of its charm and laidback feel (although the big Phuket style shopping malls have started to invade).  One reason for this is that Bangkok Airways owns Samui Airport and therefore prohibits most airlines from its tarmac. 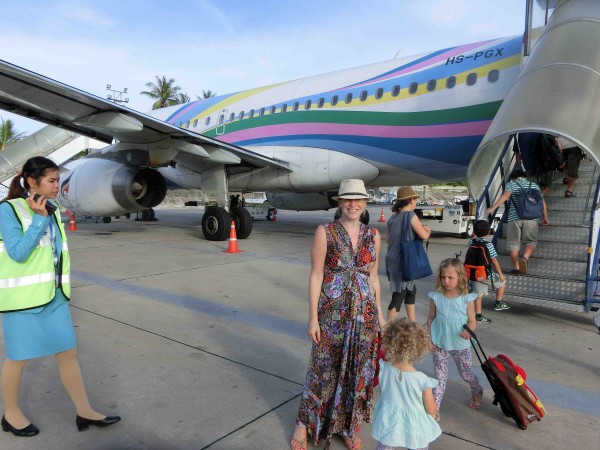 Bangkok Airways is no ‘budget airline’.  If you have ever seen the price of a flight from Hong Kong to Koh Samui then you’ll know what I mean.  They have a fleet of new(ish) planes and they are always sparkling clean.  The food is pretty good but there’s no seatback entertainment so be sure to bring your own.

In Hong Kong, Bangkok Airways depart from T2.  It’s worth joining their frequent flyer club, FlyerBonus as points last for 3 years and quite frankly, you should always join an airline loyalty programme.  Very naughty of you not to!

Bangkok Airways fly an Airbus A319 on its Hong Kong to Samui Route (3-3 seat configuration).  There are no bassinets on board but staff usually assist passengers travelling with a baby by putting them in the front row of economy and even giving them a spare seat if available. Kids are offered some nice reusable stickers depicting Samui airport and their mascot planes (strangely my two children are named after the Bangkok Airways mascots!)

If you’ve arriving on an international flight and need to clear immigration then try to get off the plane as quickly as possible. They open the front and back doors so actually sitting in the middle is probably the worst for this.  After disembarking the plane, you’ll catch an open air trolley to the terminal – try to jump off as soon as it stops and run to the front of the immigration queue!

Hands down my favourite airport with its outdoor, tropical vibe. There isn’t much to do at the airport so I would advise getting there 90 minutes before your flight. During peak holiday season, there can also be long queues so it’s also worth checking in online with Bangkok Airways, especially if you aren’t checking in luggage. 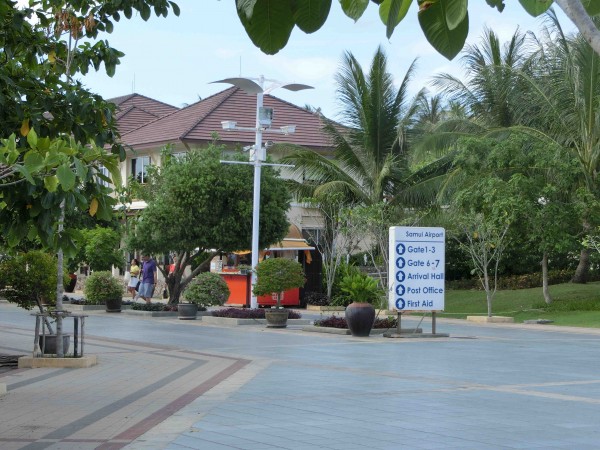 Once you’ve checked in and gone through security, there’s a nice parade of open air shops.  You literally feel as if you’re in an outdoor US shopping mall. Nestled amongst it all is a nice ice cream parlour, book shop and spa products store (Harnn – love this stuff!). 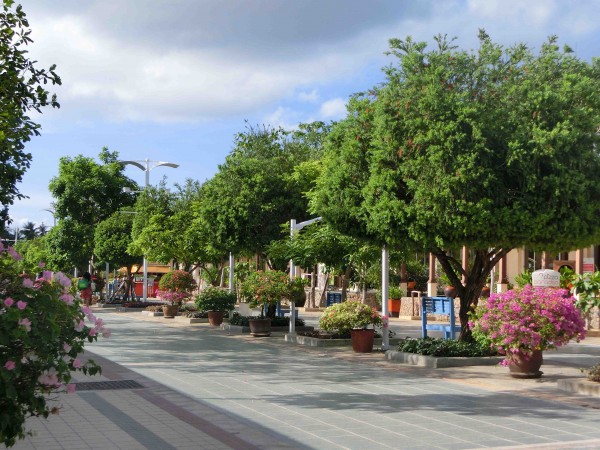 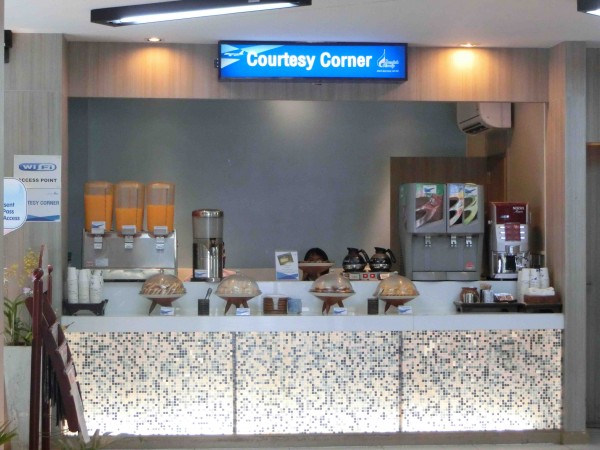 Gate 6 is located outside.  Whilst they do have fans and free water, if you’re sweating and need aircon, pop inside to Gate 7 opposite which also has a ‘Courtesy Corner’ AND a small kids play area. 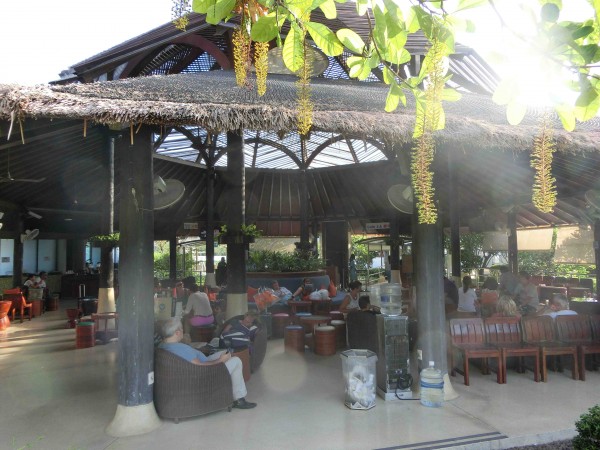 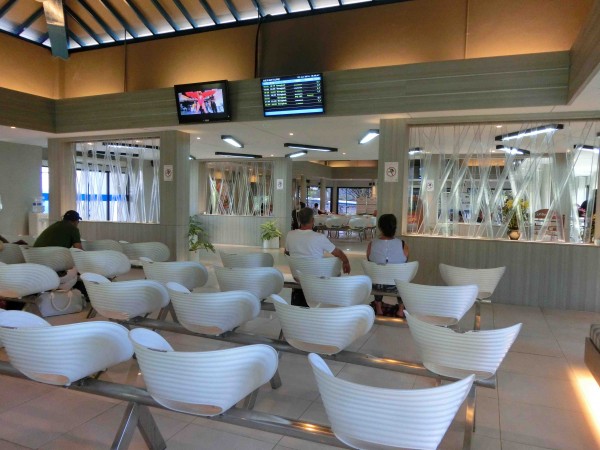 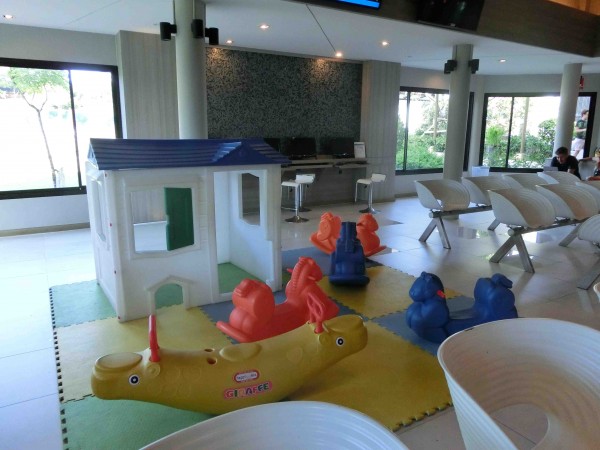 To get to the planes, you will need to get on the same open air trolley that you arrived on.  Keep hold of your kids on this – mine nearly went flying. 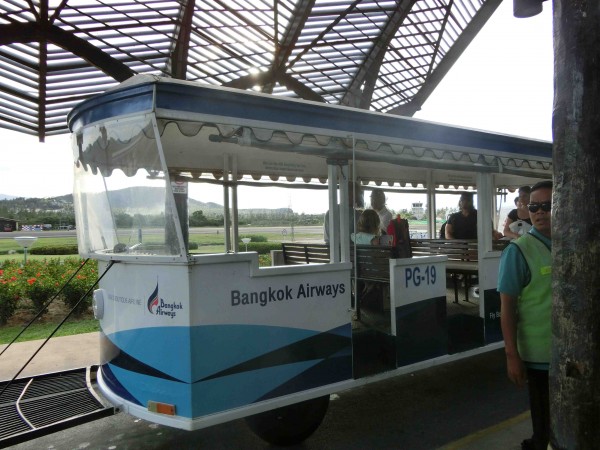