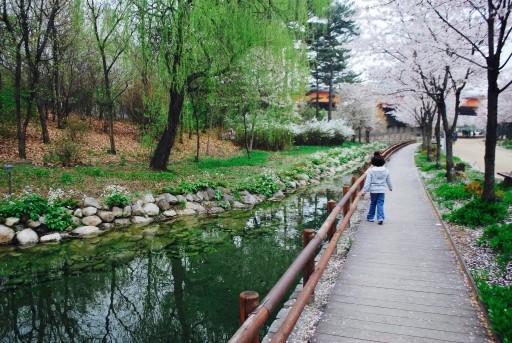 What I love most about Kirti’s reviews, is the stunning photography.  Here she shares her tips from a recent visit to Seoul, Korea in mid April.  She visited South Korea’s capital with her husband and daughter.  Unfortunately they underestimated how cold it (freezing at night with a cold wind) was and her husband ended up falling sick. Despite this, they had a fantastic time and would love to return (with thicker jackets) during spring time as the sakura (cherry blossom) is so gorgeous.

How did you book the trip?

We tried to do a package but didn’t like any of the hotels on offer. Eventually made our own bookings with Hong Kong Express and airbnb.

Hong Kong Express was really low cost. Our flight from HK to Seoul was so basic, it didn’t have any pocket space at the back of the seat. There’s no onflight entertainment. The food is horrible so please do avoid it. They also tell you not to bring outside food and water on the plane but we had carried food stuff for our daughter and no one made a fuss about it. We entertained our daughter with colouring books etc and she slept most of the journey too so that helped.

Did you book a transfer to hotel?

The airport is about a hour’s journey from the main city centre but they have these fantastic comfortable airport limousine buses which are on schedule and far cheaper than taxis. The traffic once you get into the city is murder though so please be warned.

Our AirBnb was fantastic, it was in a location called Yeouido, near the Han River. The apartments were part of the Marriott group so it was well maintained. We had a separate room for our daughter to sleep in, which really helped. The train station was a 8 minute walk away and a breakfast place downstairs.

How were the restaurants?

In Seoul, we found restaurants by walking around literally. Street food was available near our apartment on the weekends and it was fresh and super delish. There are cafes around every corner and I can’t sing the praises of the coffee in Seoul enough.

Please do visit Hongik and Konkuk University areas for food, with the most popular item being Korean Fried Chicken. We also visited 2 super nice Mexican restaurants (I know, I know) but one came recommended on Tripadvisor and the other was in the IFC mall near our apartment. Vatos Urban Taco in Itaewon does delish tacos and apparently started life on Kickstarter. The other was On The Border in IFC which was great too esp the freshly made guacamole.

What were the best things you did in Seoul?

We landed late afternoon and decided to catch the gorgeous sakura (cherry blossoms) both in Yeouido Park and Yunjunro Street (behind the National Assembly) and boy was it worth the walk in the cold. The whole atmosphere was lovely and we ended up trying some chicken skewers and KFC from the streets which was yummy! 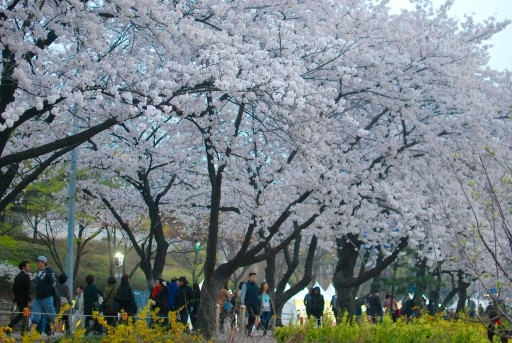 The next day we headed to Seoul Forest which is a large large park where there was sakura, deer feeding (with a deer food vending machine :O), playgrounds and what not. You could easily spend half a day there, if not more.

A night river cruise on the Han river followed which was nice, not spectacular, just nice. If you are considering doing a cruise, I would recommend a night one over a day one. 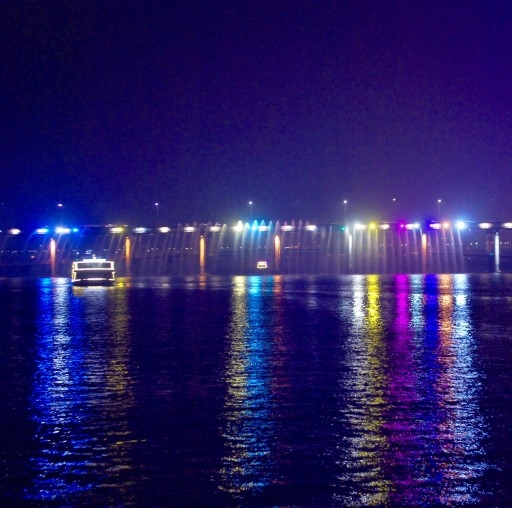 We went to Bukchon Hanuk Village on a very sunny Sunday morning and it was filled with tourists. It is uphill so if you are coming with a stroller, it will be a struggle, please be warned. You can see the Korean PM’s residence from the village and plenty of restaurants and cafes too.

In the afternoon, I took my daughter along to the 63 Building which is a city observatory. Unfortunately the weather had deteriorated by then but the views were still interesting. 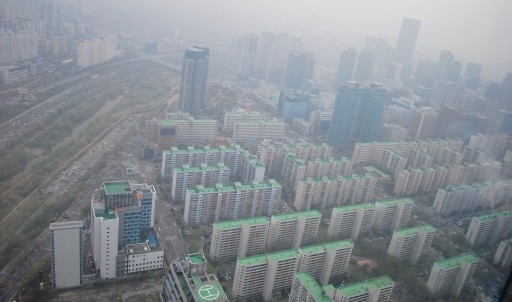 Seoul’s Grand Children’s Park is a lovely affair. Playgrounds, a zoo, place to have a bite and get some coffee. My daughter thoroughly enjoyed herself and so did we actually. Dinner was near Konkuk University Station in one of the many restaurants in the area. Well worth a visit! 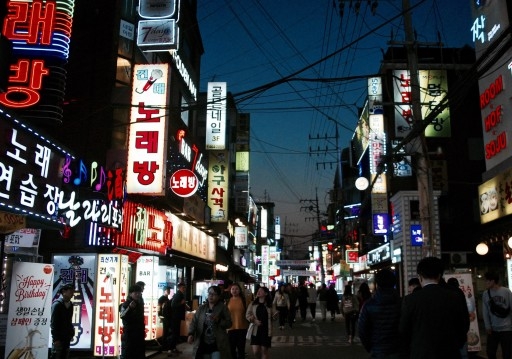 The one museum we managed to get to is the Leeum Samsung Museum of Art, which is at a slightly uphill location with not much of a sidewalk. The museum is like a tiny representation of traditional and modern Korean art. So it’s a great way to get a microcosmic look without spending too much time confined in a museum. 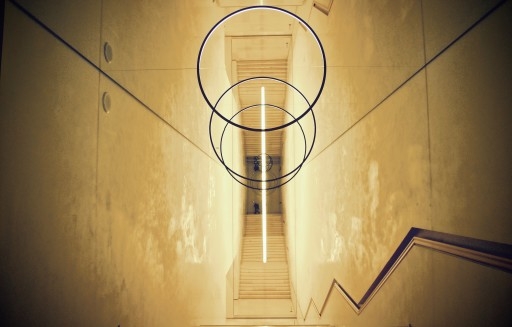 DDP or Dongdaemun Design Plaza is an amazing piece of architecture designed by Zaha Hadid. Go just to sit, people watch and eat the most brilliant bibimbap near there. 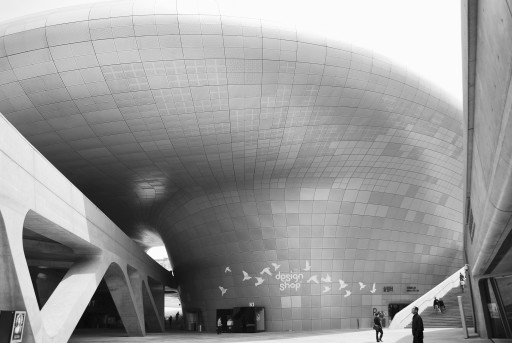 We walked down towards Cheonggyecheon Stream which is a natural haven amidst the hustle and bustle of Seoul. 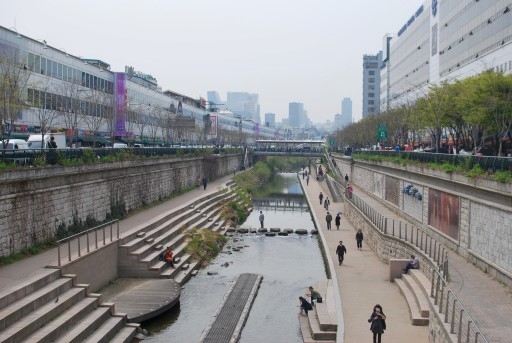 How family friendly do you rate the airbnb and destination?

Our airbnb was super child friendly. Do note that it’s a large city (much like Tokyo) so please account for travelling times to and fro. Seoul is very easy to get around once you get the handle of public transportation. We loved it.