We decided to ‘sandwich’ our Disney time with a beach break in Clearwater, located in Florida’s Tampa Bay. This was a great choice, we had a lovely time playing on the beach and pool. We rented jetskis and also had a really fun afternoon with some friends on Captain Memo’s Pirate Cruise. Our daughter in particular loved the touristy shops in Mandalay Road, and we all enjoyed the ice creams at Kilkins and at Ice & Cream.  Our hotel, The Sandpearl was a luxurious splurge during our 3 week Florida trip. 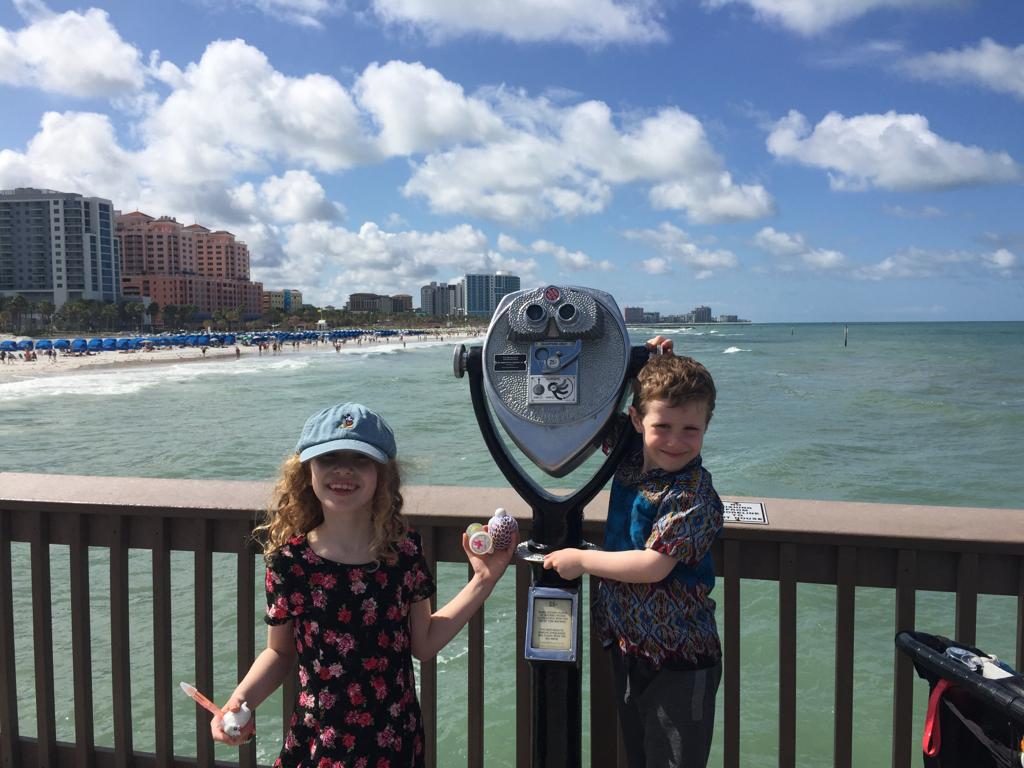 How did you book the hotel, what was included?

I booked direct via the hotel’s own website on a room only basis.

Where was the hotel located, how did you get there?

The Sandpearl is in Clearwater, around a two hour drive from Orlando.  We chose the hotel for its location.  It was directly on the beach (lots of other Clearwater hotels are located across the road from the beach) and was a short walk from Pier 60.  The hotel doesn’t have any self parking options so we used the valet parking service for our hire car, for an additional $25 per day (plus tax).

We booked a one-bedroom suite so that we could have a separate living space for the kids to sleep in.  This was a much more expensive option than the other hotels we stayed at during our trip, so we saw it as a bit of a luxurious treat.  We were in room 811, on the 8th floor.  The bedroom and living area (with big pullout couch) were spacious and well-appointed, and there was also a well-equipped kitchen and a huge bathroom (with a separate bath and shower, plus a washing machine and tumble dryer).  Our room had a side view, so it wasn’t directly overlooking the beach but we still had a nice view of the water.  Unfortunately on our side of the hotel we were above some kind of big, noisy outlet (might have been a big air conditioning unit perhaps) which was very noisy.  We were also woken early each morning by the sound of a machine ploughing sand on the beach.

The hotel lobby felt much more luxurious than the other places we visited on our trip, and we were offered sparkling wine on arrival.  There’s a main restaurant on the ground floor and a café by the pool.  The hotel also has a nice pool with plenty of loungers, and offers direct access to the beach.  There’s a spa with a small but well-equipped gym.  We saw bikes available for rent and some places to play cornhole.  There’s a desk by the pool offering kids activities via ‘Camp Ridley’ but we didn’t explore this.  We were pretty shocked to learn that we would have to pay extra to use the hotel loungers and parasols that were set out on the beach.  I didn’t note down the cost, but I remember that it felt very excessive when we were already paying a lot of money for the hotel.

How was the food?

We ate one casual meal in the Tate Island Grill, the restaurant by the pool.  The prices were reasonable and the food was great.

We ate at the breakfast buffet several times in the (more upmarket) Caretta on the Gulf, which is the main hotel restaurant.  This wasn’t included in our room rate, but kids eat free for breakfast if you’re staying in the hotel, so it worked out to be good value, and we really enjoyed the food.

Did you eat outside of the hotel, any restaurant recommendations? 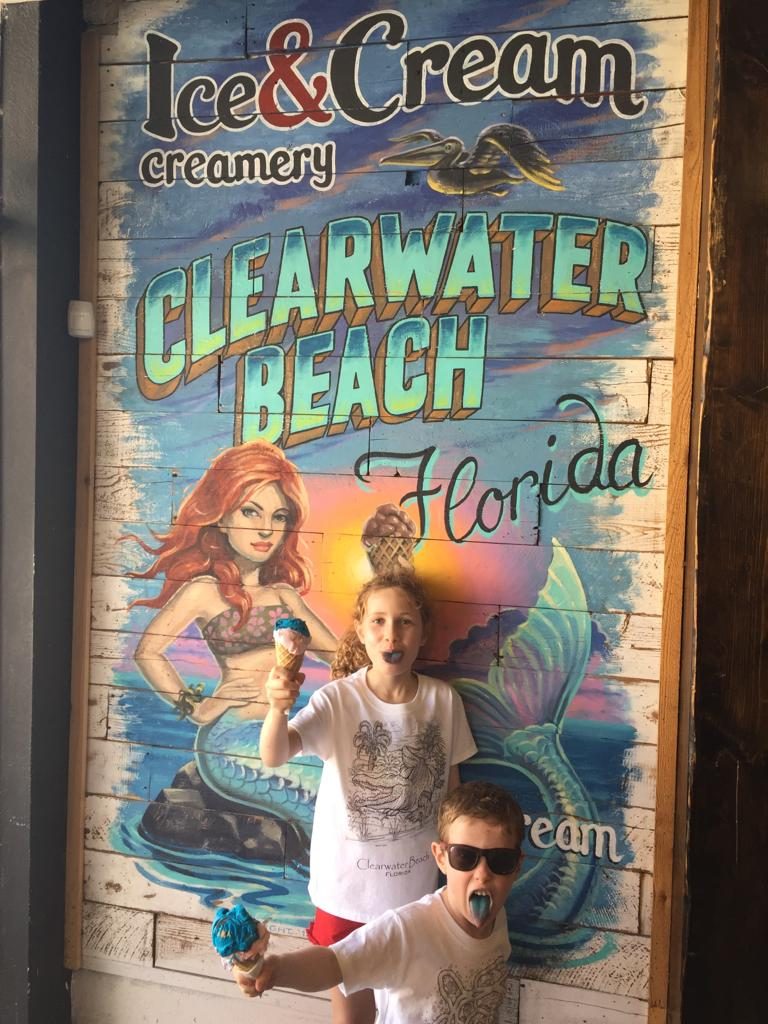 The Sandpearl was a nice taste of luxury on our trip, and the hotel felt more upmarket than the other places that we stayed at.  It was great to be within walking distance of shops and places to eat, and the beach was gorgeous.  It did feel like one of those hotels where they go out of their way to throw in the extra charges – for parking, and in particular to use the loungers etc on the beach.  I know it sounds like I’m having a moan but as we had spent so much on the room it would have been nice to have had the beach chairs included!  If we went back to Clearwater we would probably give somewhere else a try.