The Oscars of the airline world have been announced with good old Cathay Pacific winning World’s Best Airline.  I am a regular flyer with Cathay and am just a teeny tiny bit surprised that there isn’t a better airline out there.  Don’t get me wrong, the service level is top notch and the planes are usually very clean.  However, the food is more often that not a bit rough around the edges and some of their older shorthaul fleet appear to be falling apart (in the cosmetic sense).

One of my favourite airlines, Bangkok Airways picked up a ‘Best Regional Airline’ gong.  This is the airline that offers you complimentary snacks in the departure lounge regardless of what class you’re seated in. 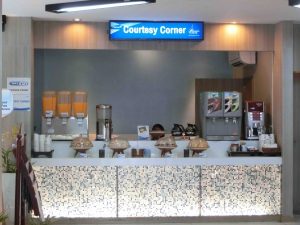 The British Press (aka the Daily Mail) are up in arms that “Not A Single UK Carrier Made It Into World’s Top Airlines“.  Whilst I would love to support homegrown talent, BA has fallen behind in comparison to Asian & Middle Eastern carriers.  On a recent trip to the US, my parents splurged their hard earned miles on Business Class seats and my dad found his TV didn’t work for the majority of the flight.  I’ve always found BA staff to be a mixed bag in terms of service and you can certainly find better seats elsewhere.  Where BA do hit the top spot for me is in their long haul ‘raid the galley’ snack selection.  If you fly long haul in Economy with them, don’t forget about this!  If you’re hungry, head to the galley for a wondrous display of mini cheddars, snickers and biscuits.  FYI Cathay’s equivalent is a rubbish pot noodle (the world’s best airline, eh!).  BA also get my award for best airline documentary/unintentional comedy.  If you haven’t seen ‘A Very British Airline‘, the BBC’s behind the scenes look at the nation’s flag carrier, you simply must get hold of it. 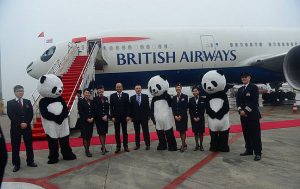 I was surprised to see Virgin holding on to the spot below Cathay for ‘Best Inflight Entertainment’.  On a recent long haul Virgin flight, the selection was terrible with hardly anything to choose from in comparison to Cathay’s library of DVDs and movies.  And let’s not get started on the fact that the Virgin screens weren’t operated by prodding on the screen (something even a toddler is capable of doing). Fiddly remotes with slow loading entertainment should not give you a no 6 spot on this award list.

If you want to check whether your favourite airline (does anyone actually have one?) grabbed an award then do head over to the World Airline Awards.  Am really interested to hear what you think of the top 10: 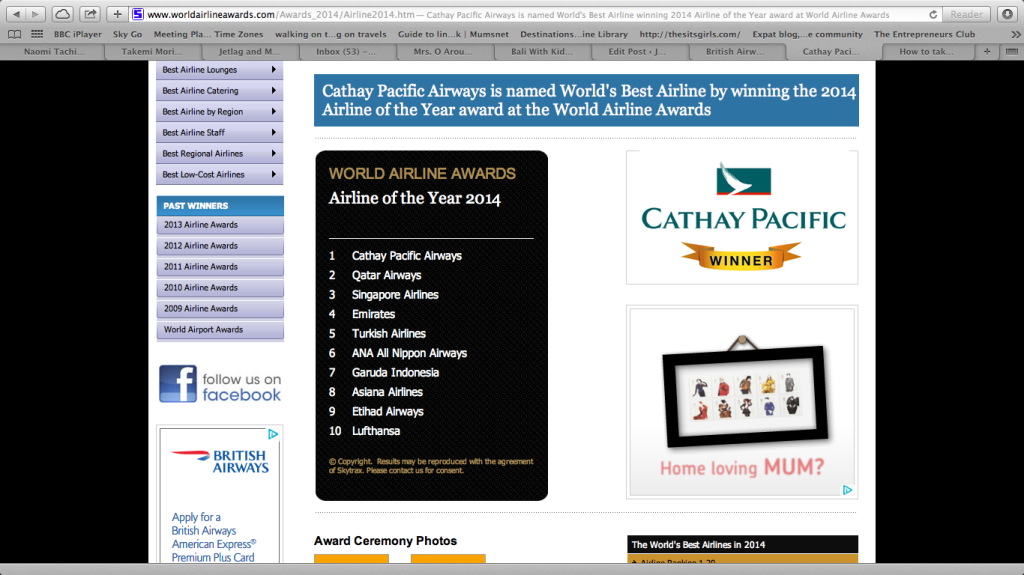