With the amount of snow pictures clogging my Facebook feed, am guessing that not many of you are thinking ahead to summer yet!  In case you are feeling organised, Jetlag & Mayhem has a brilliant report from Peta, following a glamping trip she took with several families at the end of the summer. Did you know that Campsites.co.uk lists more than 850 campsites and glamping sites around England, Scotland, Wales and Northern Ireland. In addition to this Campsites.co.uk launched Campmate, a free app for iPhone users featuring detailed descriptions and high quality images from every destination on the website. Using this site, Peta and pals chose their perfect camping spot…. 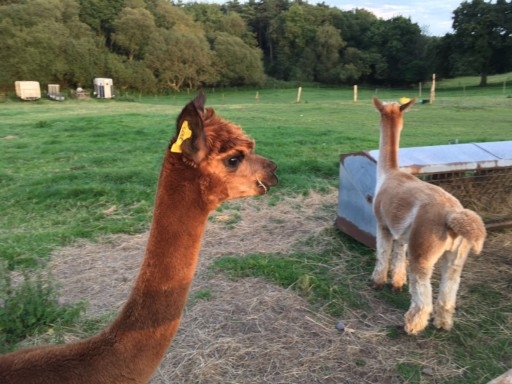 Towards the end of August, my old housemates and I decided to do a last-minute, mid-week, outdoor getaway to somewhere not too far from where we now live (Bristol & London). We’re 4 families now with a total of 5 kids aged 1-8, and 1 dog, and we were looking for a relaxed campsite, in a scenic location where the kids could run around without getting too worried about them and we could have a good campfire for toasting marshmallows. Using the campsites.co.uk website we quickly hit upon the perfect campsite: Longthorns Farm, Wareham, about 15 minutes drive from the coast in Dorset. Since the date we chose was just before my husband and I moved out of our house for complete house renovation we were keen to glamp rather than camp. 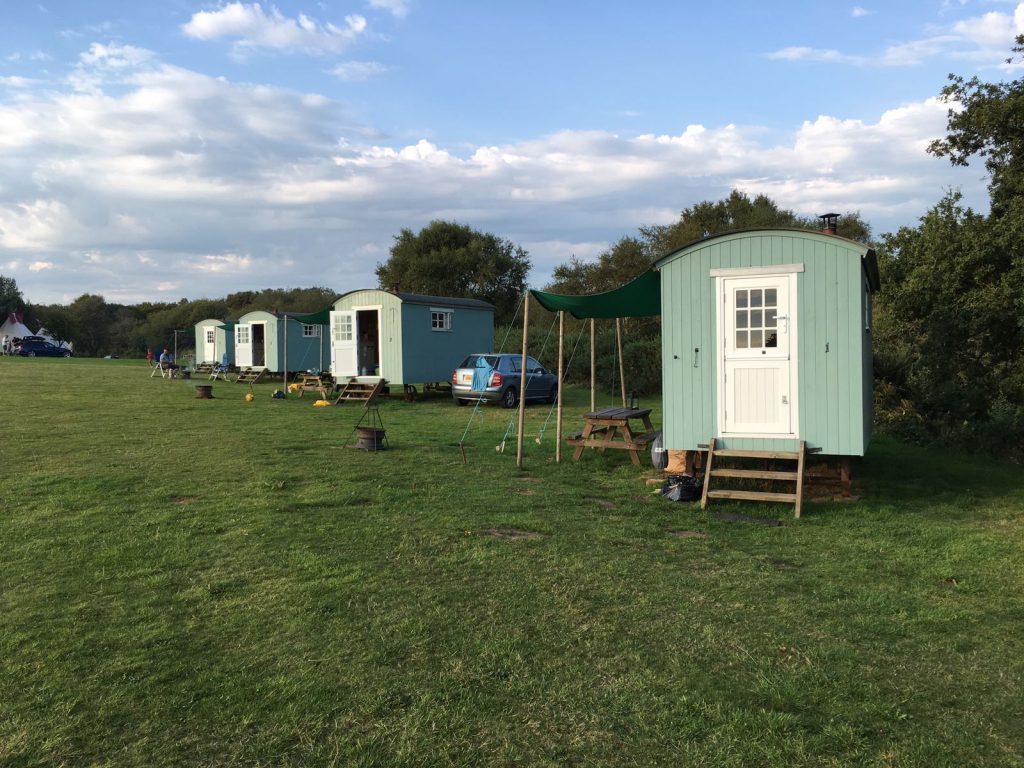 I booked us all in using their website and pre-booked a fire pit and some logs (you could also pre-book gazebos, awnings etc). Since I knew I’d be writing a review for Jetlag and Mayhem and Nicola is always so organised and checks things out in advance, I took the time to read through all the information which Sally and the Longthorns team sent through prior to arrival. (Ordinarily, I’m more of a read-about-it-on-arrival person). I was surprised to discover the terms and conditions on the website were somewhat longer and more detailed than I’d anticipated; but once we got there, I concluded that it’s probably just so that everyone finds their stay at the campsite enjoyable and also because of the interesting location of the site – near a gliding school, Monkey World, the Tank Museum, a site of special scientific interest, and the campsite itself being a working farm, there are a few things useful to know before you go. Luckily we did read it because we haven’t been glamping before and hadn’t really thought about what we would need. As it happens most things were provided, but we did need to bring towels and duvet/sleeping bags. 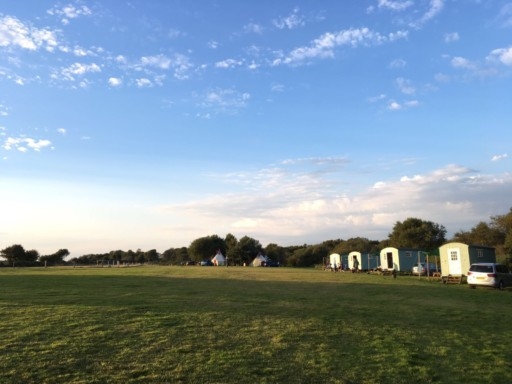 Arrival was easy. We all arrived separately with campervans, tents and cars and checked in no problem, and they kindly put us as close together as possible (bearing in mind that the glamping is in a separate field at the back of the site). The reception also doubles as a well-stocked campsite shop with the usual essentials as well as lots of locally sourced products and specialities. You can also charge your phone here (though there wasn’t a huge amount of reception on our pitch anyway). They also have a little restaurant/bar next door where you can have drinks or dinner if you don’t want to cook. The main toilet/shower/washing up block is quite new and well thought out. It was busy at times but with a little bit of reasonable planning, I think between us we only queued for a couple of minutes once or twice over the 3 days. There is also a very handy accessibility room (they key for which is at reception) which is big enough for the whole family to get showered and ready all at once which is really handy when you’ve got several kids to get clean at the same time. The water pressure was a bit low when the showers were busy, but totally manageable. There were a couple of handy good-sized fridge freezers available too.

There are a few options for glamping at this campsite – tipis, ecopods and shepherds huts. We stayed in a shepherd’s hut and it was beautiful. The glamping part of the campsite is towards the back of the site in a separate field with it’s own composting toilets. I confess to being a very big fan of composting toilets so I was really pleased to see those. The main toilet/shower complex is a good walk away at the other end of the site so we made good use of the compost loos for middle of the night toilet trips! 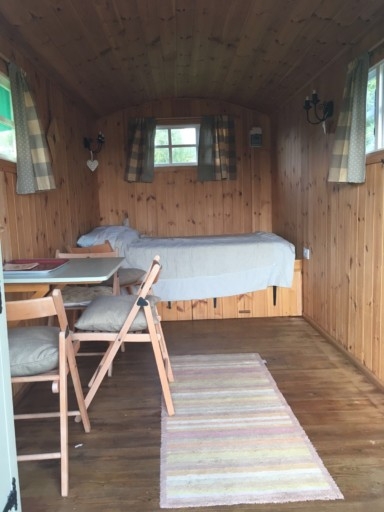 The shepherd’s hut was very well equipped and laid out. There is plenty of space for 2 people to stay, with a comfortable double bed, a perfectly sized table and chairs, and a stove (which thankfully the good weather meant we didn’t need to make use of). There was a covered area provided over a picnic bench outside the hut and they also provided a fire pit with BBQ grill which was a cleverly converted wheel hub, and a Kelly kettle for that quick cup of tea first thing in the morning if you didn’t want to get the full fire going. Having never used a Kelly kettle before (or really lit a fire!) I can tell you that the first cup of tea was anything but quick, but it’s a great little boiler and once we got the hang of it, it’s pretty quick to get it going in the morning and I left the site wondering if I could in any way justify putting it on my Christmas list! The kitchen area is very well equipped with everything we needed, including a big water jug and storage container which was handy for filling up at the tap in the corner of the field; and although we didn’t make use of it, they provide you a cool box and replenishing supply of ice blocks to use as your fridge. 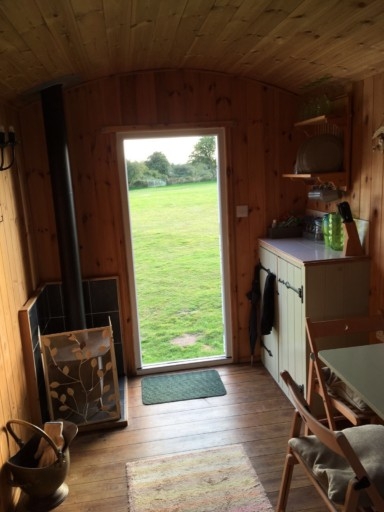 We did use the fire pit every night though. It was great for cooking on and as a campfire. Some great marshmallows were toasted… and lost, and a few beers & local ciders sampled as well! No songs were sung, much to the relief of our campsite neighbours I expect ?. We were surprised to hear tank movements along the road quite late in the evening, but they didn’t seem to disturb the children sleeping and by the time we went to bed all was quiet. 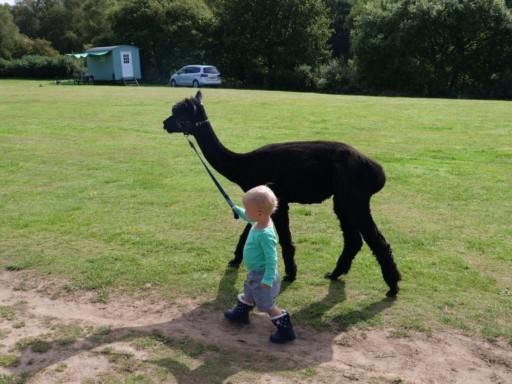 They have a herd of alpacas on site and offer alpaca walks which we booked reception for the kids on the last day. The alpacas walked quietly on the way up the field, but on the way back, perhaps knowing they were homeward bound, they became rather excitable which was tricky for some of the younger kids but the girls from the farm had it all under control and all the kids loved it.

After our stay I asked everyone what they thought the highlights had been and the fire pits were universally number 1. Everyone agreed that it was a lovely, peaceful, tidy, organised campsite and they felt they could relax and let the kids run around without worrying about their safety or them getting in the way of other campers. The kids loved the alpacas and playing in the cute little wood and stream behind our pitch.

Overall, a very enjoyable stay was had by all and we would return if we were looking to camp/glamp in that neck of the woods again.

Declaration: The campsite kindly offered Jetlag & Mayhem the shepherd’s hut for free in return for writing a review, but everyone else paid for their pitches.