" /> Getting To Arizona From Singapore - Jetlag & Mayhem

Singapore is a looooong way from the US. My husband recently flew the Singapore Airlines flight from Los Angeles to Singapore and the captain announced the flying time to be 18hrs and 5 mins.  As our Arizona trip was cobbled together fairly last-minute, we didn’t have our pick of the airfares.  Singapore Airlines was extraordinarily expensive.  It turned out that flying direct in Economy on SQ was fairly similar in price to flying indirect via Hong Kong on Cathay in Premium Economy.  As we are ex-Hong Kongers and always looking for a reason to visit friends there, we decided to break the journey  and spend one night in HK. 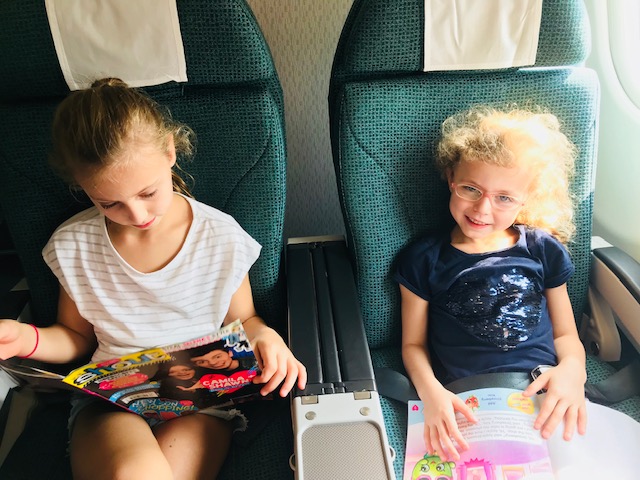 I used Skyscanner to provide an overview of prices.  I booked our Cathay flights through their website and then chose American Airlines to fly from LAX to Phoenix.  Both Cathay Pacific and American Airlines are part of OneWorld.  Under 12s can’t sign up to the Marco Polo Club (Cathay) but you can join British Airways Avios Programme to collect the miles.

We were lucky enough to fly in Cathay’s Premium Economy Cabin. Here’s a review of the exact same flight on the 777 from the year before.  Nothing has changed!  We were all thankful to have the extra space.  On the Sin-HK leg we were sat in two sets of two. Which meant Mr Jetlag and I could almost pretend to be flying with no kids.  For the longer leg, we had our own bank of 4.  CX880 takes off close to midnight, hence carrying sleeping babies onboard… 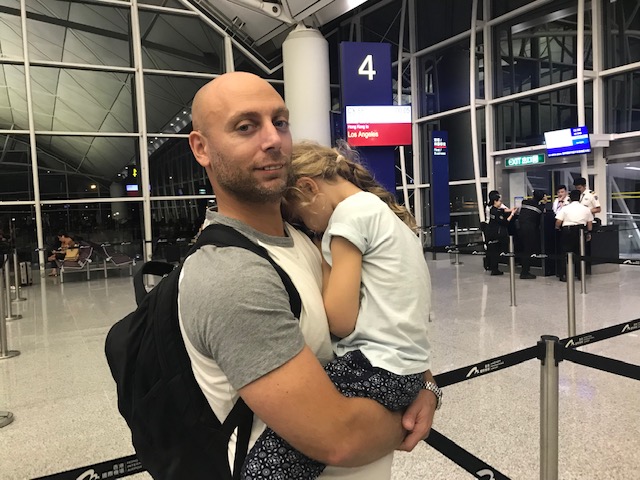 Top tips, bring your own eye-masks, pillows and kids headphones for comfort. I swear by my J-pillow.  The kids have eye masks and pillows we picked up after being delayed at Ho Chi Minh airport. 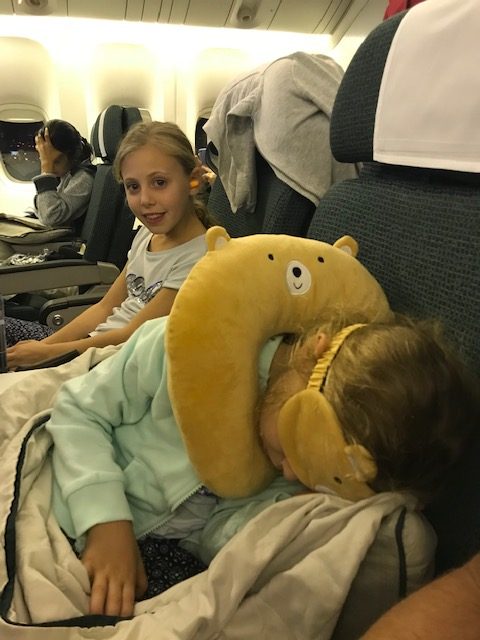 Jetlag & Mayhem are now fairly self-sufficient on a flight. You should always bring entertainment with you as I have been on enough longhaul flights where the in-flight TV has broken.  I also don’t let them order anything more than water as they will always spill juice all over themselves.  Miss Mayhem quite enjoyed her little tent. 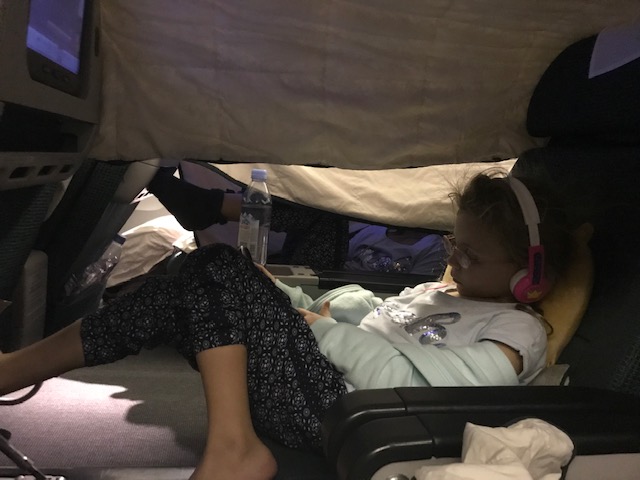 Be prepared for a lengthy queue at immigration, no matter what airport you arrive at in the USA.  Take the kids to the toilet and bring a stroller if you have a little one who won’t walk.  Don’t bring any fresh produce into the country!

We spent the night at our trusty mainstay, the Courtyard Marriott LAX.  There’s a complimentary shuttle that runs from the airport to the hotel.  The rooms are decent size, clean albeit with a musty smell. In the morning you can grab breakfast from the coffee shop in the lobby.

As my husband is a Diamond Marco Polo member, we were allowed to check in at the Admirals Club.  Despite the seemingly heaving queues at LAX, everything moved quite quickly.  Even better, our flight was a mere 90 minutes from LA to Phoenix.  Bring your own entertainment as there’s no TV (or you have to pay for it). 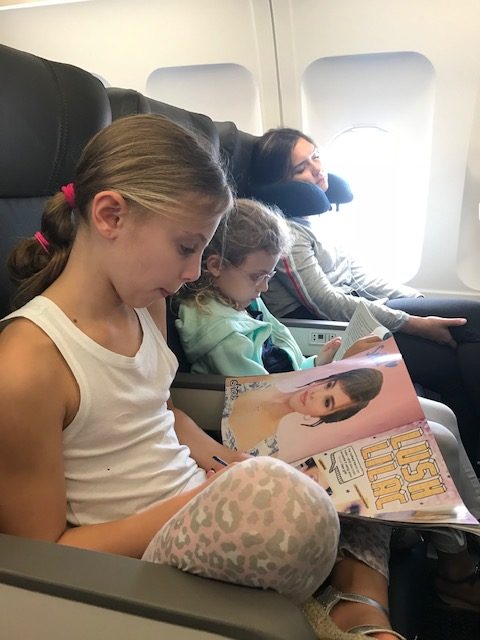 Hiring A Car At Phoenix Airport

On arrival, we grabbed our bags and followed the signs for the car rental courtesy bus.  The car rental terminal is miles away from the airport. It felt like we were on the bus for at least 20 minutes. Make sure you factor this in to your journey time, you don’t want to be rushing to return a car and catch a flight.  I highly recommend signing up for Avis Preferred to bypass the main queue and pick up the car in a priority office. Membership is free.

Your body takes a huge knock after flying longhaul. Where you can try to minimise any long driving distances on the day of arrival.  Our base for the first three days was beautiful Scottsdale, a mere 25 minutes from the airport.