Do you have kids who are mad about trains? Then you will love the story of Ortal’s family train-fest in Genoa. Sometimes it appears that kids can get more excited by the journey rather than the location, whether that’s planes, trains or automobiles. I for one, will never forget our accidental adventure on a Chinese overnight sleeper train, trying to outrace a typhoon back to Hong Kong! Anyway, back to the story of Ortal and her boys (age 7 and 3). 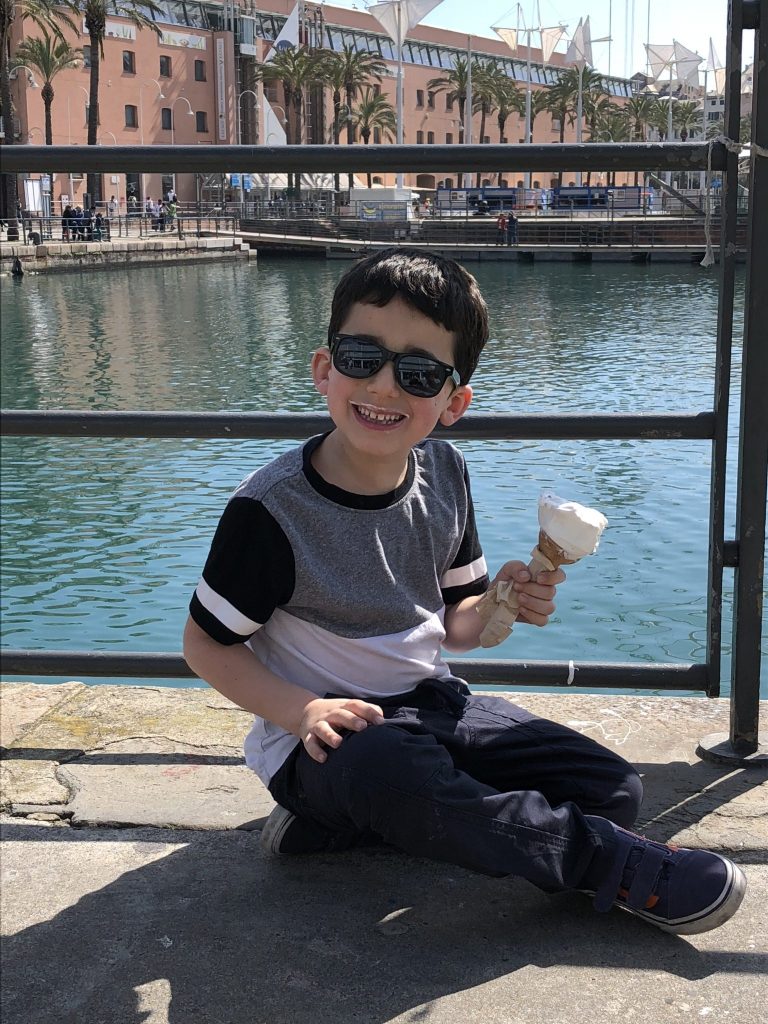 The idea for this little break was to take my train geeks somewhere that we could go via sleeper train!  France was too short a journey and Spain was too many changes, so we opted for Italy.  Genoa stood out to me as a good choice for a city break.  I did the research, found out how child friendly it was and booked!!

I booked the Eurostar followed by a sleeper train from Paris and a change to a local train from Milan to Genoa. It was 5 trains in total but I’ve backpacked and my kids will do anything for a train.  I used GoEuro to book the sleeper train. We left home on Thursday lunch time and arrived in Genoa just after 9 am on Friday morning.  The kids had had the best time, but me and the other half were zombies – we had both shared a berth with a child as were worried about them rolling, and hadn’t slept a wink!!!  We agreed it was a great experience, but we didn’t need to do it again, and promptly booked a flight home!

We stayed at the Cit Hotel Britannia  and had a family suite. The suite was like a small apartment with an entrance hall, 2 double bedrooms with lots of space and a bathroom, it was perfect! Breakfast was good, but could have included eggs and fruit, but a small niggle really. 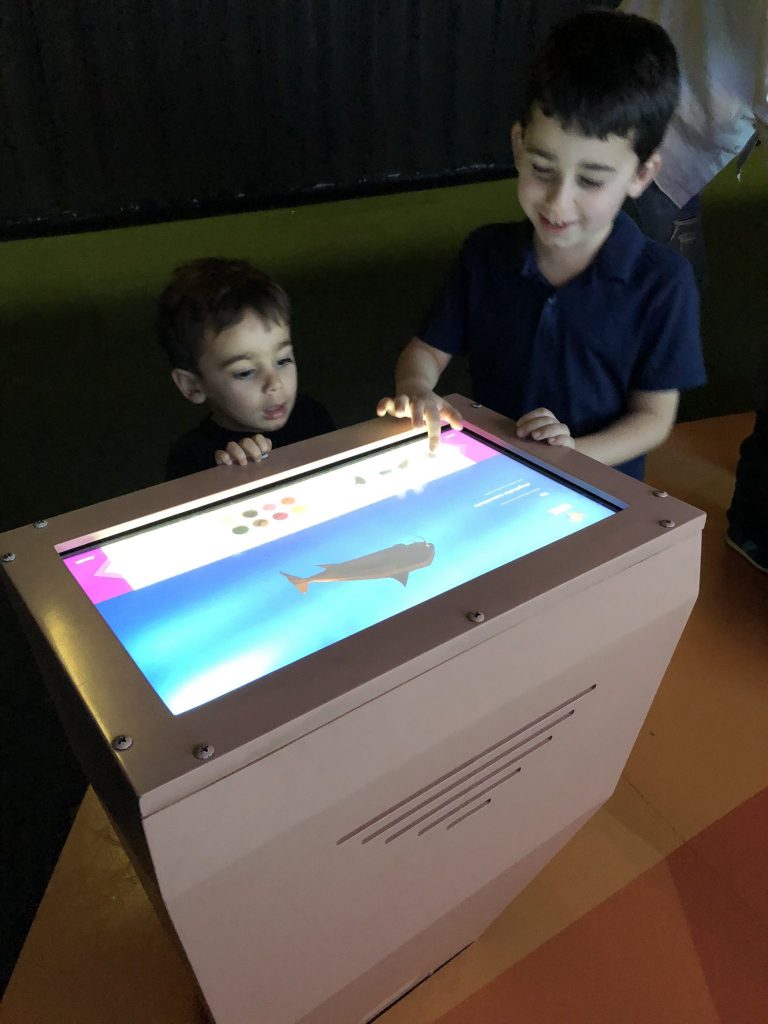 We spent 3 full days in Genoa. It was 25 degrees, the seafront had inflatables parks, a food market, lots of boats to look at and an Aquarium (supposedly largest in Europe) which which we all loved. It was well laid out, no problem with a buggy and plenty of English signs and very interactive! The theme of the holiday was transport and so we went up the funicular rail, built in 1920, which services the neighbourhoods up the hillside, but also takes you out of the city for some sensational views! 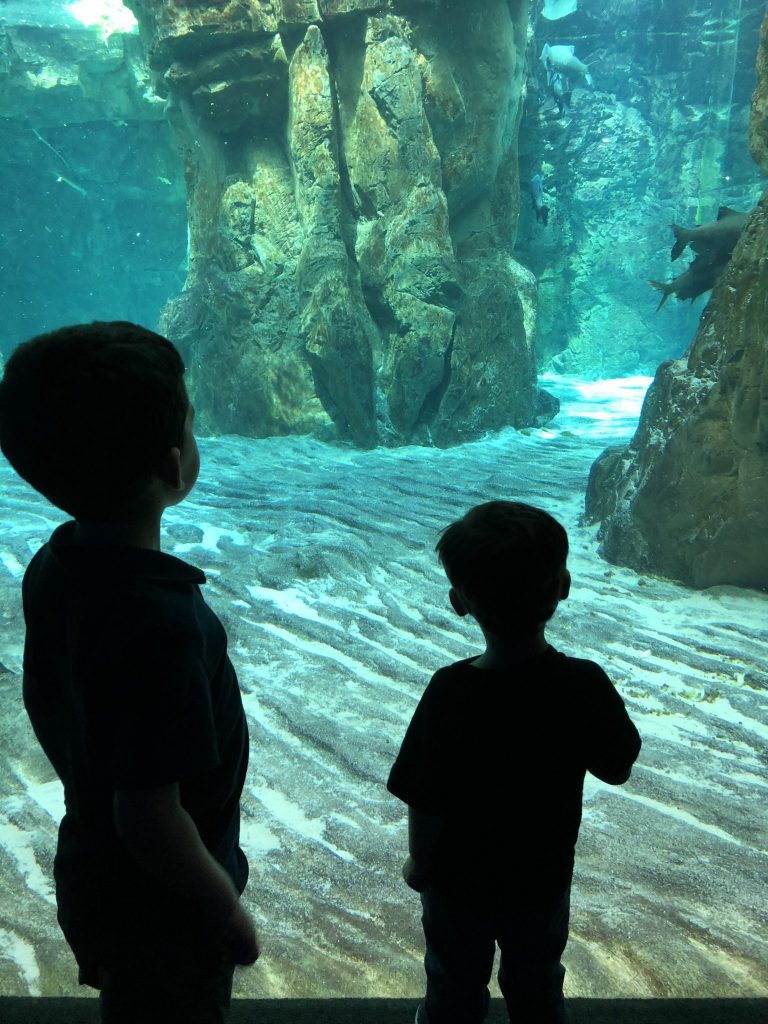 Genoa has UNESCO protected sites and this is one thing that attracted me to the city.  Although I didn’t actually get into the Genovese palaces (motherhood!) , I did some serious wandering around the medieval always and road and took in the architecture, and played a some serious i-spy and guess how many rooms in this building! Via Garibaldi houses the main palaces which are now all art galleries. At the time the idea of keeping up with the Joneses meant building bigger and more ornate homes and as Genoa was one of the richest states of Italy, they did it in style! 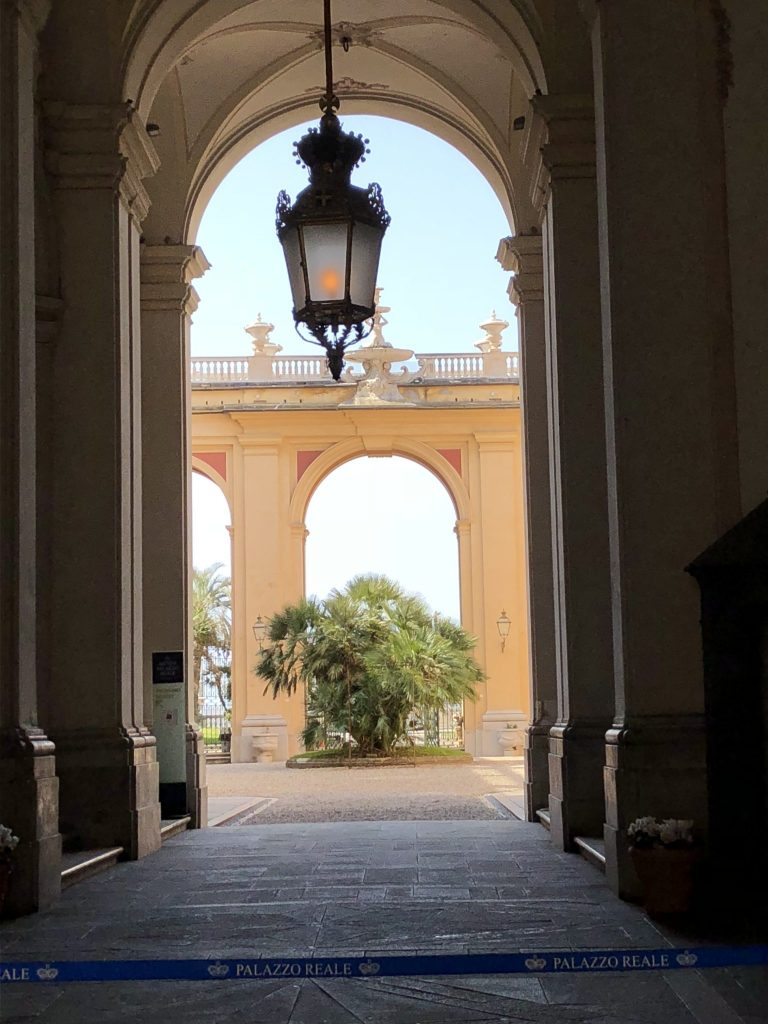 The kids were in their element. We mooched a lot, eat, drank, bounced and did it all again.  This reminded me of the type of holiday I might have taken before having kids and yet I think this was the best non-beach/summer holiday we’ve had! We didn’t do everything we wanted or everything we could as we were so relaxed and enjoying ourselves.  I think we will definitely be returning and not just for the ice cream! 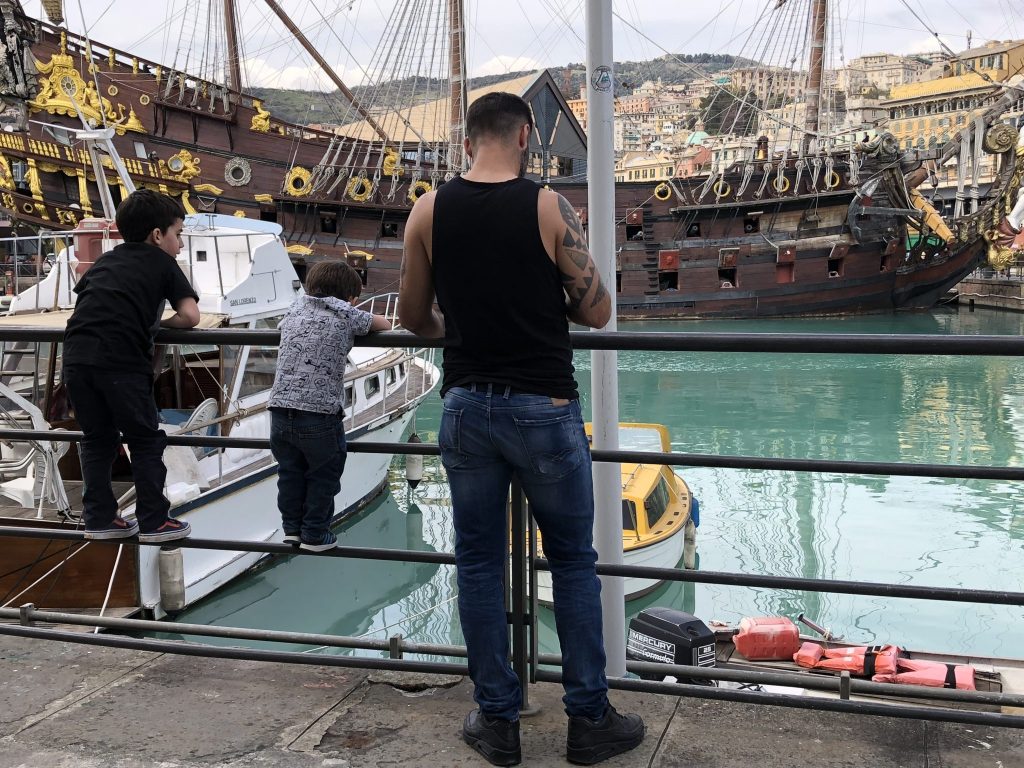