Crete is the largest of the Greek islands, surrounded by the Mediterranean. It’s a popular choice for summer sun, the best time to visit mid May to October (although July and August may get crowded). Today Ortal shares an airbnb villa gem. Better not book it when she’s planning to return next year! 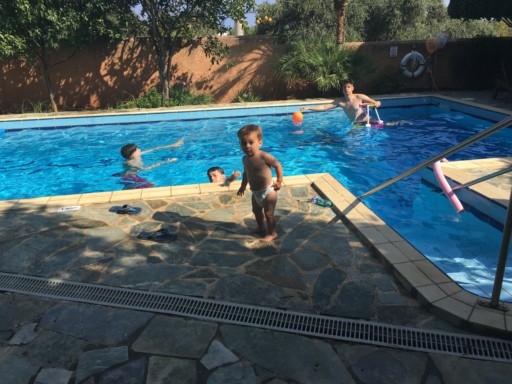 After waiting what seemed like an age to get everyone’s holiday dates I was given the task to get it booked within a budget!!!! This was super last minute – which I HATE but after lots of searching on airbnb and some destination changing i found a place, booked the holiday, and was smug smug smug for the whole week!!!!
Where did you stay?
Just outside the large town of Chania on Crete
When did you stay?
July-August 2016
How many of you went?
8 of us: myself and partner, our two boys 5 and 16 months, brother-in-law and his kids age 16 and 22
How did you get to Chania?

We flew to Chania with Easyjet from Gatwick, this was a real pa-lava as we were flying first thing in the morning with the kids.  If we had been more planned we could have flown from a North London airport closer to home but they leave every day.  Chania airport was a ten minute drive from the villa and as such we did see a lot of planes go by. The only reason I was aware of it was because my youngest started dancing a jig every time he heard one and we had to stop everything to watch it!

Where did you stay?

We booked a villa through airbnb.  I hate to share this secret as we want to go back!!! But here goes, Villa Olivo
https://www.airbnb.co.uk/rooms/10024390
As is often the case with airbnb, Judith and Manos leave their family home for the season.  They built this themselves around their family’s needs, and there was nothing we didn’t have, even down to the kids cutlery from ikea that we also have at home! The villa had 5 bedrooms, so we didn’t have to share with our children!!!! 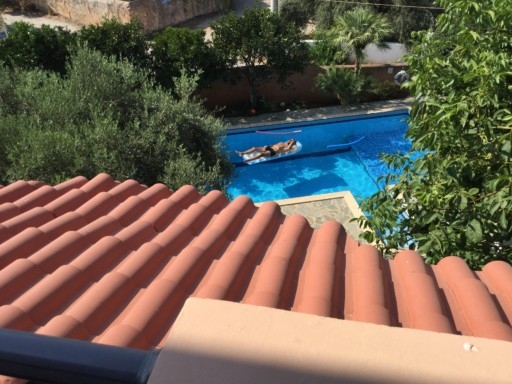 The villa has 3 floors with a very large living room and kitchen and an even bigger garden, BBQ area and pool. 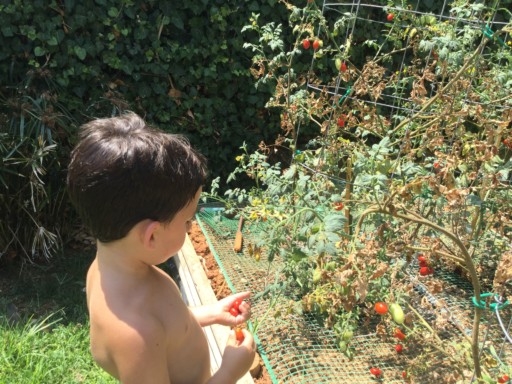 We picked tomato from the garden for our salads, sun baked by the pool, BBQd a lot of meat, played table tennis and even found the backgammon board!

Booking the villa couldn’t have been easier! Judith, originally from Germany, spoke and wrote perfect English.  Her communications were prompt and helpful.  As soon as I asked for a travel cot and she realised we had a baby with us, she listed all of their baby items; cot, highchair, cups and plates.  The only stairs were outside so that was very easy to contain the children – there was a lift to service the 3 floored house darrrrling!
The next town along had a huge supermarket, a great traditional Greek restaurant and even a good take away pizza place. The beach was a walk away but rather exposed, so we took a taxi with the kids.  It had a great little restaurant, clean sand and water.

There were rentals for kayaks and paddle boards, and if your man is fishing mad too, then it seemed to tick all the boxes! 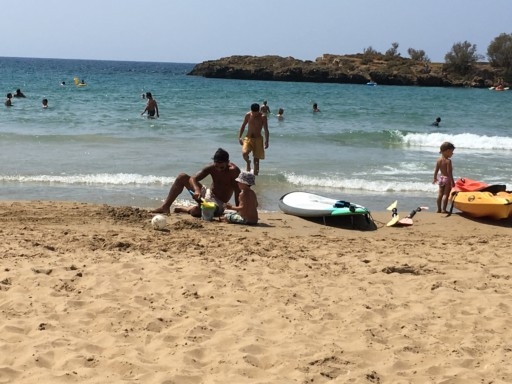 Chania the main town (where the airport is) was a 15 minute taxi ride, lots of restaurants around the Venetian port and lots of bars, including my favourite Sinagogi; yup built in the ruins of an old synagogue and wow they do a mean daiquiri!!! 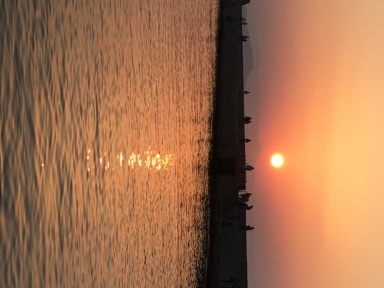 Do you need a hire car for this trip?
We didn’t rent a car as Manos picked us up from the airport and was kind enough to wait while two of us went and did a big supermarket shop so that helped immensely! In the evenings when we went out all the adults were drinking so we used cabs.  The only times a hire car could have been useful was for; the additional supermarket shops which we used a taxi for and going to the beach with the kids.
We had been told in advance by Judith that although close the walk to the beach was very exposed. Getting a cab to the beach was easy but coming back even the smiliest Greek driver was not impressed with our sandy family!!!  The cabs were so cheap and easy to book that it didn’t feel like we could have done any better with our own car.
Overall
This was the best holiday we’ve had as an extended family, everyone enjoyed it from 15 months to 40 years! As I said we want to go back.  The owners of the house were a delight to deal with and so helpful, we really lucked out!
The owners have also shared another weblink which actually offers a cheaper price than the rate on airbnb.  Enjoy!
For more on what to do with kids in Crete, check out this post by Globetotting