" /> Airline Flight Compensation - what are you entitled to? - Jetlag & Mayhem

Recently I’ve been wading through the murky world of airline compensation. I fly regularly and until recently have rarely experienced a bad delay.  There was the time I showed up with my 5 month old baby at Hong Kong airport, only to be informed by the British Airways staff that my flight was cancelled.  Having spent all day psyching myself up to fly longhaul with my baby, there was no way I was going to be fobbed off with a night at an airport hotel.  I demanded that I was to be placed on the next flight (lucky there was a BA flight an hour later) and off I set.

Over the last 3 months, things have been going a bit Pete Tong on the flight front for us.  Our Singapore Airlines flight from Ho Chi Minh to Singapore was delayed.. then delayed.. and eventually we were informed they’d have to fly in a replacement plane.  So instead of a 7pm departure, we ended up with a later 4am one, after a night of sleeping on chairs in Ho Chi Minh Airport. The whole experience was rather chaotic.  Initially (perhaps the airline presuming only a delay of a few hours), they doled out meal vouchers. We spent ours on Burger King and red wine, not something I’d recommend if you’ll ultimately end up sleeping in a chair. 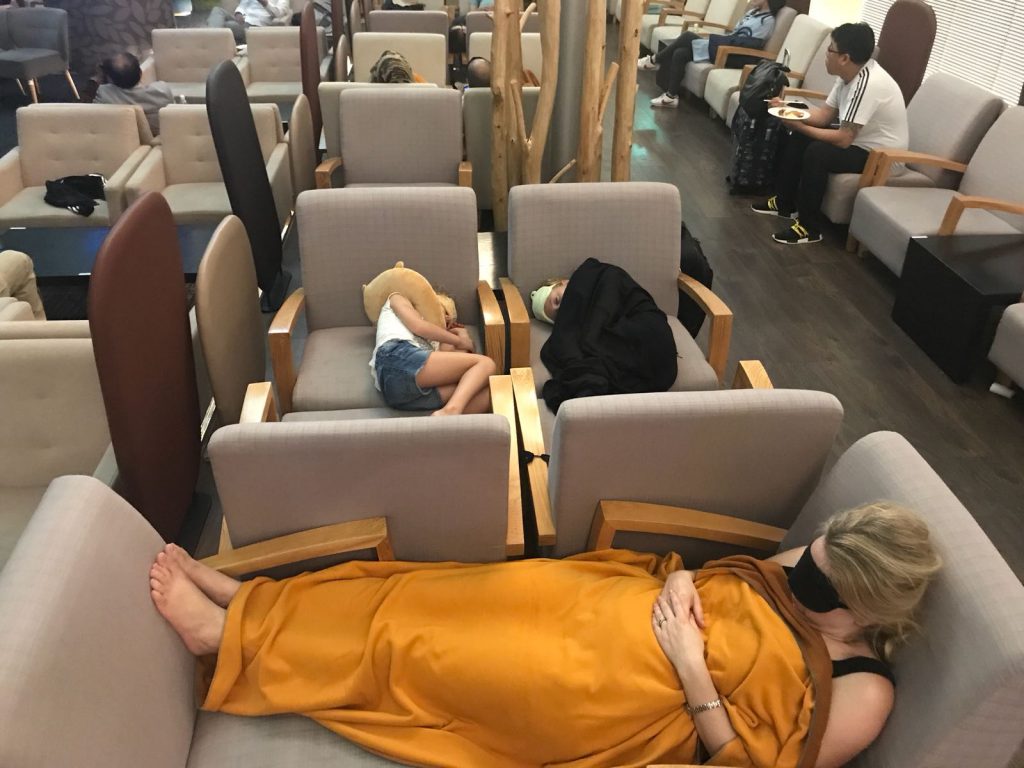 At around 11pm they called us down to the Gate, only to inform us we weren’t flying anywhere that night.  Those who wanted to could head to the nearest hotel, although when you’re asked back for boarding at 3.30am, its hardly an attractive proposition.  Plus it wasn’t made clear who would actually front the bill for the hotel. 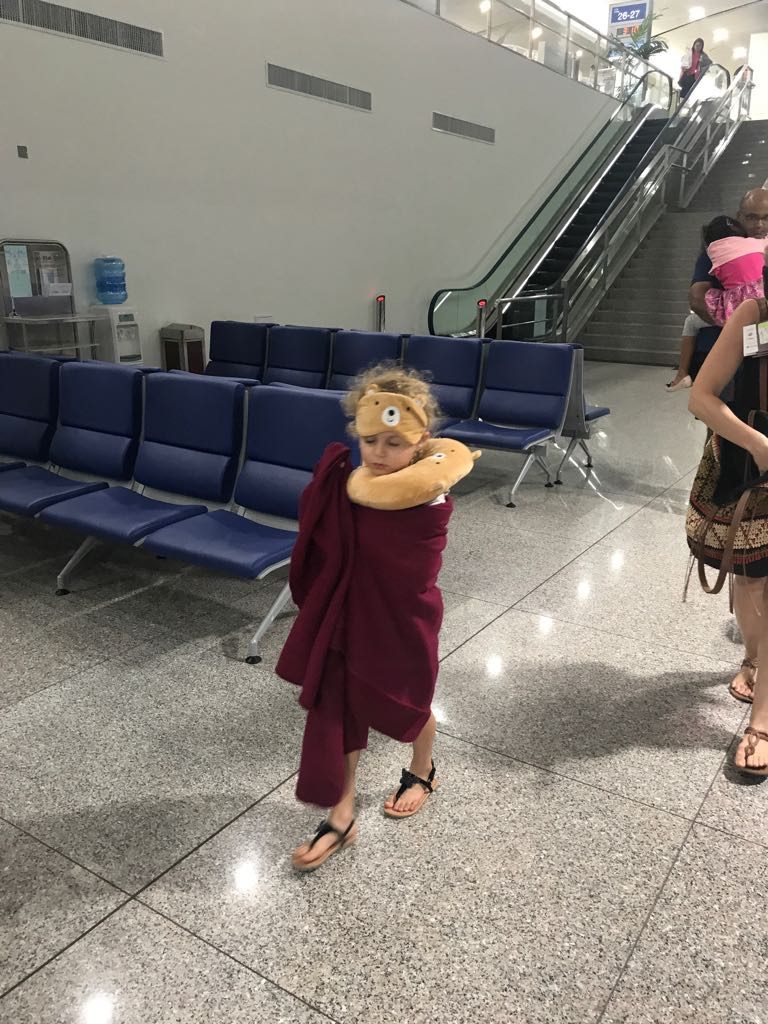 We ended up buying sleep masks and pillows at the airport and sent the bill for these to Singapore Airlines, which they eventually paid.  KEEP ALL RECEIPTS SAFE FOR ANY EXPENSES INCURRED!  ALSO BE MINDFUL THAT AN AIRLINE MAY NOT PAY YOU BACK SO DON’T BUY THAT CHANEL EYEMASK.  My husband also received an extra voucher for Singapore Airlines as he is a PPS Gold member, which can be spent in their online Duty Free shop.  According to their website ‘Singapore Airlines will, to the best of our ability, provide meals, accommodation, assistance in rebooking and transportation to the accommodation to mitigate inconveniences experienced by passengers resulting from such flight cancellations, delays and misconnections’.

Following our return, we claimed on our travel insurance for our flight delay. I had purchased an annual travel insurance policy from Allianz Global Assistance. Hats off to them, they were pretty straightforward to deal with and we received 100 SGD per passenger for this particular delay.  Moral of the story here is ALWAYS PURCHASE TRAVEL INSURANCE. Make sure it covers your destination and if you’re doing something exciting like snowboarding, ensure it covers that too.

About 6 weeks ago, I was on a British Airways flight from Singapore to London (connecting to Atlanta) which blew an engine. You can read all about the drama here (thankfully we were all safe) but we did find ourselves delayed by 24 hours and missed our flight connection.  Again, there were rather chaotic scenes at the airport. As we live in Singapore, we decided to head home for the night, rather than wait to be put in the airport.  We left our number with someone at the Gate and received a call the next day from a travel centre, trying to reschedule our flights.  We departed that night with Singapore Airlines to London and then on Virgin to Atlanta.  Moral of the story here is WHERE POSSIBLE, BOOK A ‘THROUGH TICKET’.  If I had booked a separate flight on to Atlanta with a different airline, it would have been on me to organise and fund, rather than British Airways. 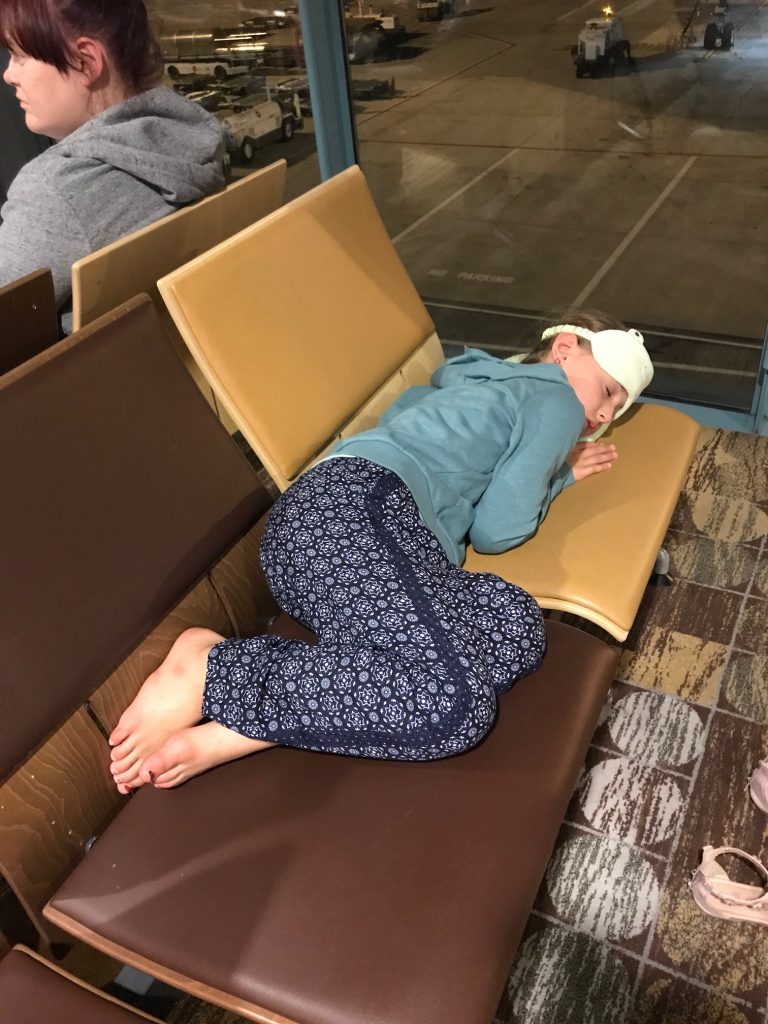 We are still waiting for our refund from British Airways for the expenses incurred during our delay e.g. taxi and food. Lucky for them we returned to our apartment and not a hotel, so we weren’t putting in an extra bill for that! A fellow passenger on the BA16 flight read my blog post and sent me a message to say we were also entitled to compensation under EU flight regulation 261/2004.  Airlines should offer compensation of €250 to €600 depending on the flight distance for delays over 2 hours, cancellations, or being denied boarding from overbooking.  BA continue to ignore our claim for this (apparently this is common procedure).  We have engaged a ‘no-win, no-fee lawyer’ to chase this on our behalf and I’ll let you know what the outcome is. If you decide to go down this avenue, check the small print of the legal firm to ensure you don’t end up owing anything!

In addition to what the airline owed us, we also put in a claim through our travel insurance. They paid out SGD 3200 in total (covering 4 flights, Singapore to Atlanta delayed by 24 hours).  I can’t stress this enough, BUY DECENT TRAVEL INSURANCE!

The UK’s Citizen’s Advice Bureau has a thorough article on what you should be entitled to. Typically for flights 2+ hours you should receive food & drink, access to phone calls and accommodation if necessary.  For 3+ hours, you start to get in to compensation zone and this is calculated on flight distance.

Remember airline compensation does not include bad weather, ‘extraordinary circumstances’ and strikes.  For more information, check out the Telegraph’s article on how to claim and what you may be entitled to.

In short, here are my top tips!