Instead of heading straight to Sedona from Scottsdale, I wanted to explore more of Central Arizona. I was deciding between the towns of Jerome and Prescott as a place to lay our weary heads.  I selected the latter as Prescott had a larger selection of accommodation options.  Plus spooky old mining town Jerome felt like it may have haunted hotels (not one for Miss Mayhem). I had also read about drunken exploits at Prescott’s famed Whiskey Row. Whiskey Row earned its name during the late 1800s when it housed many saloons. These salubrious joints catered to the cowboys and miners who descended from the surrounding hills for drink and mischief.  I thought it might be fun to visit one of these old time saloons. Not too much mischief though as we had Jetlag & Mayhem with us…

On the road to Prescott

We set off for Prescott after a visit to Cosanti, home of the Soleri Studios, a production site for windbells and sculptures. You can opt for a tour but I knew the kids wouldn’t last that long. Instead we paid a small amount to watch the brass pour in the blasting furnace which was fascinating. I also loved the domed experimental buildings of Cosanti.

It’s an hour’s drive north from Scottsdale to Wickenburg.  Wickenburg is a quaint town with a few souvenir shops and cafes dotted around the high street.  We found ourselves eating the most delicious sandwiches and salad at The Local Press. 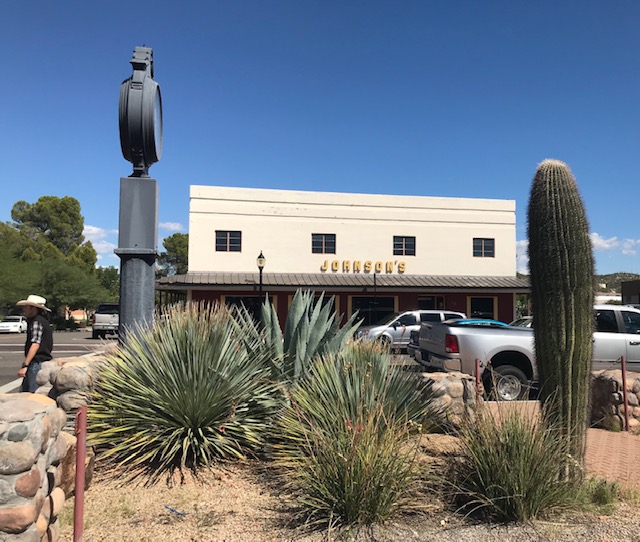 A night in Prescott

From Wickenburg, it’s a further 75 minutes North to Prescott.  Although I had booked mainly airbnbs for our roadtrip, I thought it would be nice to spend the night in a hotel.  The Hotel Vendome is a restored beauty, built in 1917. After depositing our bags we spent the rest of the afternoon strolling around the antique shops of Prescott. We eventually parked ourselves in the Raven Cafe, which served up excellent coffee and board games.

For dinner it was time to hit Whiskey Row.  The Palace bills itself as ‘The Palace is still the oldest frontier saloon in Arizona and the most well-known and historic restaurant and saloon in the state’.  It certainly makes for a wild-west atmosphere, we loved the live music. waitresses’s outfits and the food is pretty good too.

After a comfortable night’s sleep (no ghosts), we had breakfast next door at Cuppers.  I had read about neighbouring Watson Lake, which had a beautiful hiking trail. I was picturing a short hike running adjacent to the Lake. This my friends is where you need to do your research.  Our ‘short hike’ turned into an epic 3 hour hike up, down and around the lake. Truly one of the best hikes we’ve ever done as a family but all whilst wearing inappropriate footwear and little water.  My advice is to research any hikes you intend to do (especially if you have young kids with you). 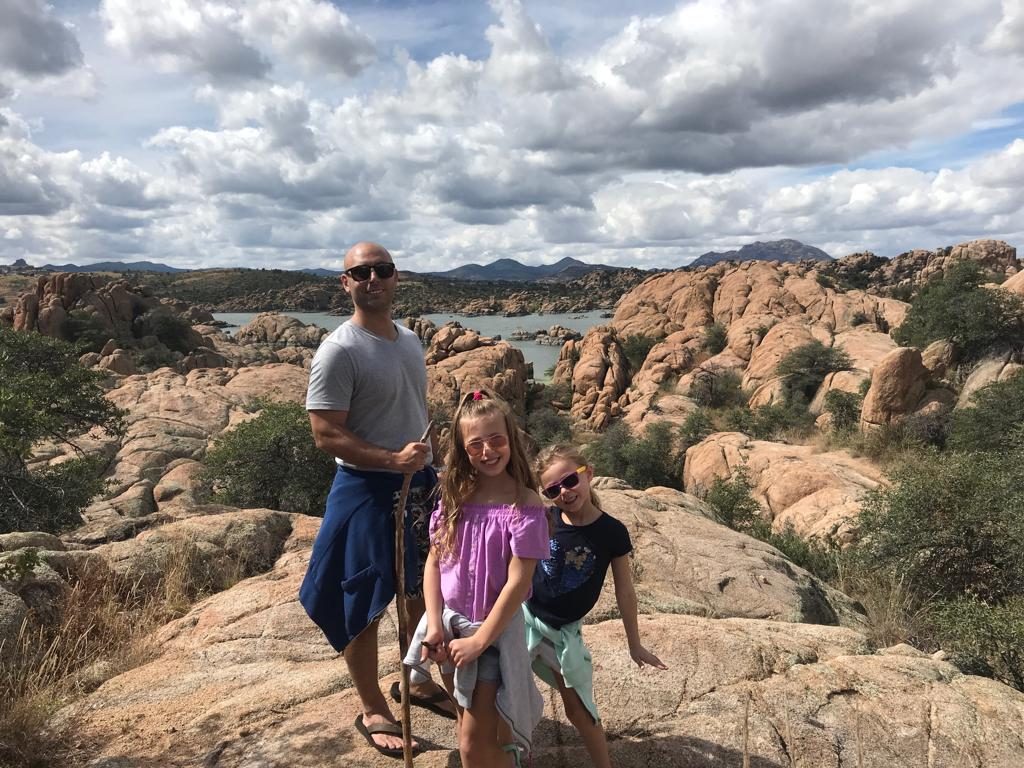 The epic hike meant we were slightly delayed in our journey to Sedona. We ended up stopping off in picturesque, spooky Jerome. Apparently this is a popular place to spend Halloween! We chowed down on a delicious BBQ lunch at Bobby D’s. It’s another hour’s drive on to Sedona. Winding down through the mountains and then entry to majestic red-rock country. A drive where you don’t want to take your eyes off the view for one moment!