This post was written in association with Tourist England

London is one of the most child-friendly cities in the world. From cable car trips over the River Thames to watching the Changing of the Guard and stepping inside a flight simulator, discover some of the amazing sights and fun activities suitable for all the family. And with so many ways to enjoy London with kids, we’ve come up with five of our top picks to make the most out a visit to the city.

The Emirates Cable Car connects both sides of the River Thames, from Greenwich to the Docklands. It’s a really exciting way of viewing the city from up above, with amazing 360-degree panoramic views over the area. As the cable car soars high up above the River Thames, you’ll be able to pick out iconic landmarks like The Shard, Tower Bridge and the 02 Centre. The journey lasts around 10 minutes, so it’s best to head to the Cable Car as part of a day trip to nearby Greenwich where you’ll find the Royal Observatory and Greenwich Meridian. If you have an oyster card or paper Travelcard, there’s a discounted fare, with adult fares from £3.50 and child fares from £1.70 one way. 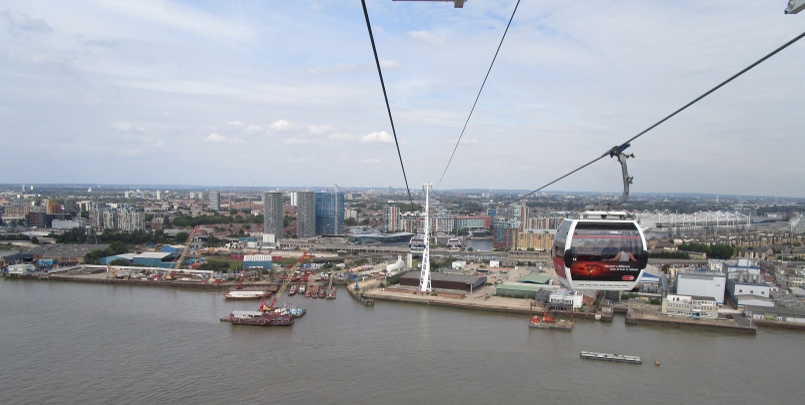 The Royal Airforce Museum is a great place to let kids imagination run wild. The museum charts the history of the RAF, with a vast collection of aircraft that spans from the beginning of flight until modern times. What makes this museum so special is its incredible interactive design. You can peer into the cockpit of fighter jets, walk inside WWII bomber aircraft, and even ride a flight simulator. Outside there’s a playground with mini-models of iconic aircraft, making it the perfect place for young aviators to run around and blow off some steam!

The RAF Museum is located in Hendon in North London, 30 minutes from Central London by tube. It’s open every day of the week and entrance is free.

Changing of the Guard

Seeing the Changing of the Guard at Buckingham Palace is one of the most iconic things to do in London with kids. It’s a magical experience to watch the Guards, dressed in their brightly coloured uniforms, march to the sounds of the royal band. The ceremony takes place every day from 10:45 am and lasts around 45 minutes. It’s best to arrive outside Buckingham Palace 30 minutes beforehand to grab a good spot to see the ceremony. 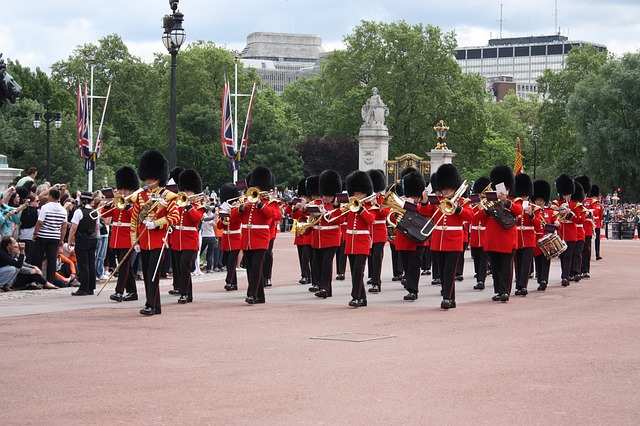 For the ultimate thrilling experience, take the kids to the tallest and longest tunnel slide in the world, located at the Queen Elizabeth Park in London. Measuring a whopping 178-metre long, it takes just 40 seconds to slide down the Arcelor Mittal Slide, seeing the dramatic London landscape along the way. Queen Elizabeth Park is also home to some great play areas, outdoor spaces, and trails.

Children must be at least eight years old and over 1.3m in height to go on the slide.

The Princess Diana Memorial Playground is located in Kensington Palace and was built as a tribute to the late princess. It centres around an enormous pirate ship, surrounded by sand, with loads of different places to climb onto and pretend to be a pirate! There are lots of hidden parts to the playground that you won’t find unless you have a walk around, like a tunnel to crawl through, a musical instruments garden and teepees! The playground is really well organized with a team of staff on-hand to supervise.